This marks the final entry for Kaplan’s Korner, at least in this iteration.

The NY Jewish Week assumes control over the New Jersey Jewish News tomorrow. They have decided not to continue the blog (or my relationship with the organization).

With Bruce Beck and Ian Eagle.

It’s a business decision, and I get it. I foolishly thought that, as a niche publication serving a specific community, the Jewish News might be able to merrily roll along while papers like The New York Times, Washington Post, San Francisco Chronicle, et al, were all suffering drastic changes, reducing personnel and output  to the point where the pages produced are barely enough to properly line our bird cages. Like I said, foolish. I thought that the fact the the Korner was the most all-encompassing Jewish sports presence out there might be worth keeping around. Evidently not.

When the Jewish News suggested a sports blog several years ago to take the place of a stand-alone sports section in the print edition, I was skeptical. Although I absolutely hate the joke about the thinnest book in the world (I think you know what I mean without my having to say it), I was worried about finding enough material to make this a viable and sustainable presence. How wrong I was.

Hosting Kaplan’s Korner (the name was not my idea, by the way) gave me the opportunity to meet some amazing people in the sports world, from executives, to writers, to athletes, to fans (thanks for all the phone calls and e-mails).

It afforded the opportunity to participate in synagogue discussions, academic conferences, and Yankees fantasy camp. I even made it into the Times as a source for a story about baseball and the Yom Kuppur dilemma.

The blog gave me enough of a standing in the community  — shameless self-promotion ahead: 2014 Best Blog of the Year as per the New Jersey Press Association — to publish The Jewish Olympics: The History of the Maccabiah Games

, which in turn led to my current project, Hank Greenberg in 1938: Hatred and Home Runs in the Shadow of War

My only regret is that I never got to interview Tony Kornheiser. Maybe next time. (No, seriously, if some one knows Mr. Tony, let him know I’ve been looking for him.)

Plans for what, if anything, happens next are up in the air; I hope to know more in the coming weeks. If anyone is interested in keeping informed if and when this happens, you can contact me at kaplanskorner@gmail.com.

So in closing let me just quote from one of the late Douglas Adams, one of my favorite authors, when he said. 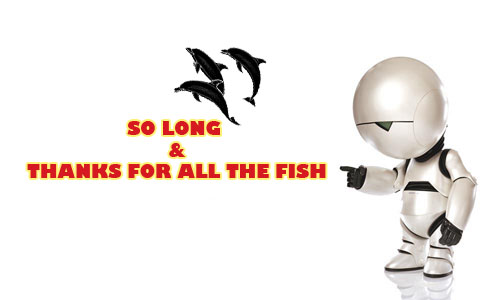